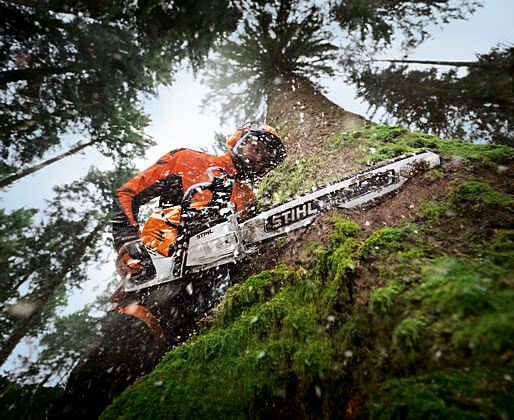 Stihl have been at the forefront of chainsaw development for many years and their latest hotly anticipated model is the MS500i. The MS500i is a revolutionary chainsaw aimed at professional users. But what makes it so special?

The key development in the Stihl MS500i is fuel injection. Using an electronically controlled fuel injected engine ensures the saw will run at optimum performance at all times. External factors, such as temperature changes, can affect fuel delivery from the carburettor in traditional saws, however the MS500i ‘s control system can fine tune fuel injection to allow maximum performance whatever the conditions. The additional benefit of using fuel injection over a carburettor is reliability. Fuel blockages in carburettors are the most common issues associated with the running of small engines, so by directly injecting fuel the saw will be much more reliable and will require less maintenance. This is an essential factor for a professional user where time equals money.

THE BEST POWER TO WEIGHT

The result of the Electronic Controlled Fuel Injection is that the MS500i generates and impressive 6.8Hp. Thats 0.8Hp more than the equivalent sized carburettor machine, the MS462, while weighing only 200g more. This means that it has the best Power to Weight ration of any chainsaw currently on the market.

Be the first to see the MS500i at out Stihl open morning on February 14th 2019. Our Stihl opening morning will give you the chance to see the new Stihl groundscare range and speak to Stihl experts. We also have an exclusive first look at the new MS500i and will have one of the only saws in the country available to see in our Great Paxton showroom.

We will be taking pre-orders for the MS500i at our opening morning. Stock of the new saw is expected to sell out very quickly as limited numbers will be brought into the Uk initially. Ibbett’s have saws on order and we advise pre ordering to avoid disappointment. Delivery is expected Spring. 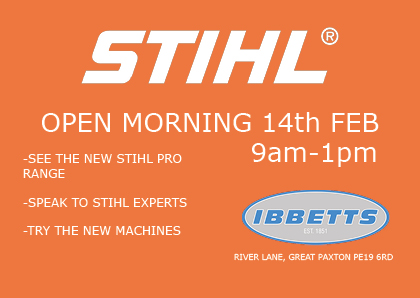